Current issues and things in the news

I've never been, nor will ever be, a Justin Bieber fan or defender. But I came across this article in my feed today.

But is CA wrong? Should people be 'outraged' or should the relax and worry about things more important in today's world?
Have a great, potentially godless, day!
Top

In the case of European settlers of the Americas bringing Africans here as slaves and their descendents taking the cultural features of the captives, I can understand the air of colonialism which lingers. But what about when the descendents of invaders acclimate to the culture their ancestors invaded? Is that "appropriation", or is it something else?

Is there perhaps a lesson we in the "dominant culture" can learn from the white guys featured here?

But is CA wrong? Should people be 'outraged' or should the relax and worry about things more important in today's world?

I am not personally a fan of melting pot culture. People look at it as innocuous, and so did I. In fact, I thought I could get away with adopting whatever I wanted from whoever I wanted in the cultural scene as a youth. I was naive. Differences matter. Not least for your own true self's sake. And integrity.

If you take a salad, and eat it as is, you can enjoy it. You can enjoy all the elements that are separate: the texture of the crisp lettuce, the succulent tomatoes, the tangy dressing etc. But what happens to it if you put all the ingredients in a blender and mix them up? Are you going to drink that? More importantly, will you enjoy it?

Multiculturalism is the death of culture. At least, a multiculturalism that has no respect for differences, for context and authenticity. This is not to say we cannot learn from each other and synthesize our values. That can be done, but up to a point. If you keep mixing, and blending, and become uprooted from any sort of tradition that sets itself apart and distinct, you are left with nothing. No values; just transitory sensations which fade into the oblivion and death of culture.

A haircut may be nothing and a haircut may be something. It is up to us to make that call. But we should ask ourselves: is this US? Are we being authentic? Are we following our conscience and our true strength? I can't dictate the decisions of others, but I will always try to guide them in an authentic way.
"If you can't explain it simply, you don't understand it well enough." - Albert Einstein
Top

But this is a travesty of some sort?

Yes. Neither one, in itself, taken alone, is some horrible act. But one is a continuation of a pattern of abuse and the other is not.

I can't horseplay with the same person I physically abuse every day. If I'm an abuser, there are things that can continue that abuse without being innately evil acts in any other context. I've known genuinely horribly abusive people - people who can break another human being and delight in doing to their victim what in broad daylight is always called "no big deal" by everyone who sees it.

You could easily say, well, that's not really fair to whites who didn't intentionally commit any abuse themselves. And that's true, it's not fair. Perhaps if you want your descendants to live in a completely fair world, you shouldn't commit atrocities against other races.

You could also say that perhaps there are people who aren't genuine in the offence they take. Perhaps they're looking to capitalise or take advantage. I agree that there probably are such people. I won't comment on the ratio because I have no basis to make any sort of educated guess but I feel "there are some" is reasonable, especially since some few such as Jussie Smollett have been so desperate to capitalise that they actually orchestrated the hateful incident.

You may disagree because this is a pure value judgment, but I believe they deserve the recompense even if they think they don't. In their own minds, they may be not offended or hurt at all. They may simply be happy because of some gain they can make in either money or social status. But really, if there is a true wrong, does it matter if the victim doesn't care? As a society we tend to say no. We don't tend to bend to the excuse that the victim wanted to be murdered. One or two might not have cared all that much, perhaps some murder victim was legitimately suicidal and failed repeatedly to work up the courage to actually do it. It doesn't matter: Murder is murder. A wrong is a wrong regardless of whether the victim thinks it is, however, again I admit this is a value judgment, though I am trying to go with the one that's consistent and has fewer negative consequences for society as a whole.

So yes, even if I can read this person's mind, and in the hypothetical case that she's overjoyed that she can spitefully exert social power over a peer by cutting his hair, and even if she thinks cultural appropriation is just an excuse, I want her to do it, and I want her to sue this fellow and win, because I disagree with her that it is just an excuse.

Yes, in the universe where jockeys are a culture and that fellow or his ancestors systemically oppressed the jockey ancestors.

I'm going to be fair and say that in that universe, I might not be defending the jockeys. It might seem silly to me. I can only say that I'm glad I live in this universe because I'm confident that this me has it right, if that makes any sense.
Top

Just one person, if the person being offended is a member of an oppressed culture and the person committing the offence is a member of the oppressor culture. In the scenario where only one black person is offended by a white person wearing dreadlocks, it's just as valid as if most of them are.

If a white person is offended that an Asian is dressed as a cowboy, tough. The Asians never oppressed your culture. It likewise doesn't matter if this is just one person or every last white person. Still, tough.

It's not about numbers. The only thing that might make it seem this was the case is if the number of people offended is zero.

So this is simply someone wearing a hairstyle they like the looks of: But this is a travesty of some sort? 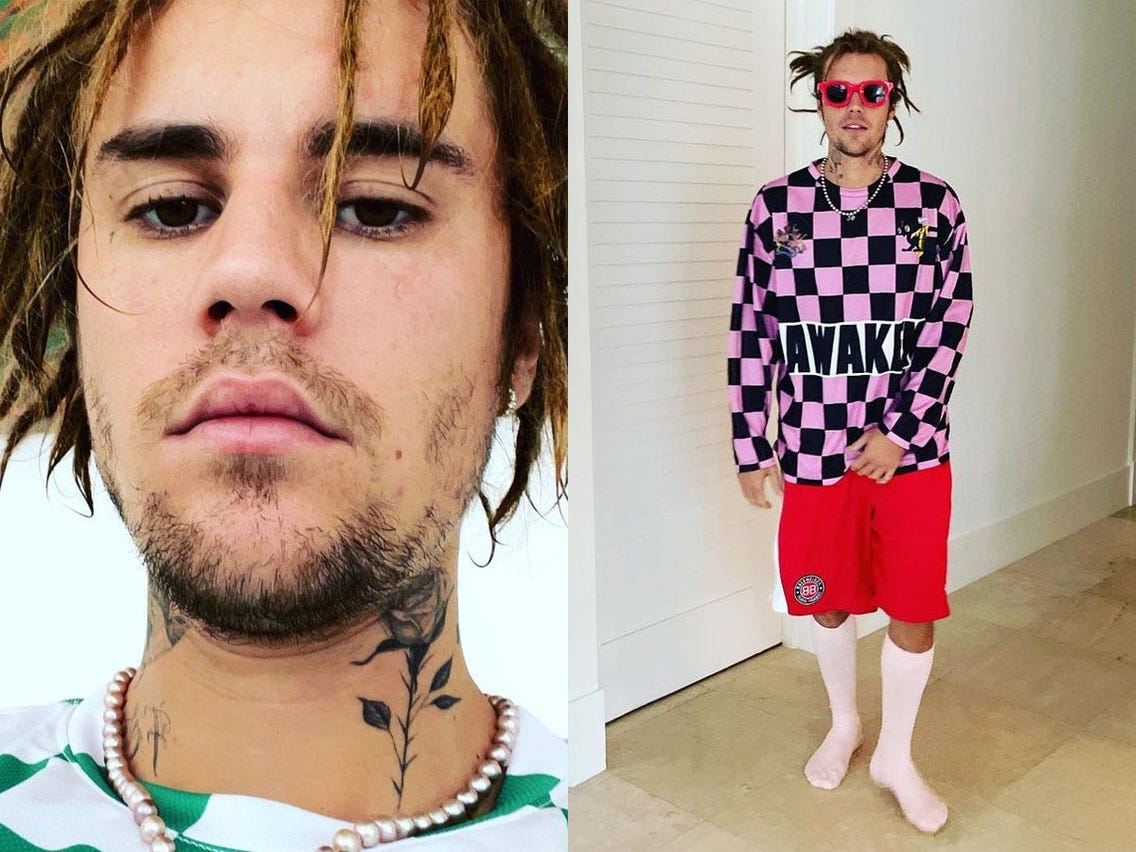 Should jockeys take offence of his appropriation of their culture?

To me, if no one is being harmed physically or economically, the only issue is one of people being readily offended at every and anything, likely for attention.
All it takes is one person to scream loud enough about something so that another person hears it and thinks "yeah...yeah... that right!" and picks up the cause, yelling loud enough for another to hear them and on and on until enough people are complaining (many likely not even knowing what they're complaining about) and bam - it gets attention. People like attention, even if it's negative.

If a group of people come into another's area and takes things, claiming it as their own and or profit off of it, I can understand that. But if someone simply wants to try something different from a group they share their lives with (for attention, to fit in or simply because they like it) that shouldn't be hurtful to anyone. If anything, they should be happy that that part of their culture is getting attention and thriving!
Cultural appropriation, as is seen in the USA at least, is foolish as far as I can see it
Have a great, potentially godless, day!
Top

But is CA wrong? Should people be 'outraged' or should the relax and worry about things more important in today's world?

CA is utter nonsense. A good idea, or a fun one, or a useful one, is not owned by a certain group of people. There is no copyright to culture.

I've noticed some have mentioned whether or not someone is offended makes the difference as it relates to CA. That is a rather arbitrary standard to use. If someone is offended, that is their problem, not mine. I have a right to do what I want in America as long as I don't infringe on the Constitutional rights of others. Wearing hoop earrings or having dreadlocks or eating sushi isn't harming anyone, and if someone doesn't like it then they will have to figure out how to deal with it.


I have a right to do what I want in America as long as I don't infringe on the Constitutional rights of others.

I think that's the missing piece in all of this. But I also think, many making these claims don't even know what the constitution is.
I saw so many times people know who in the Kardashians do what, but don't even know who their governor is. Which is so sad.
Have a great, potentially godless, day!
Top

It's also a matter of thinking the Constitution is a perfect, all-encompassing guide for human behaviour.

It's not that at all. The Constitution and the Bill of Rights (primarily what people are referring to when they make arguments about how they can do something unless the Constitution says they can't) just tell the government (the Federal government only in many cases) what it can't do.

I don't think people make that claim either. If they conceptualised such a thing they would find the idea faulty.

But the idea that you ought to be able to do something unless the Constitution says you can't only follows if the Constitution is perfect in that it anticipates every possible thing anyone might ever possibly do.
Top

I don't think people make that claim either. If they conceptualised such a thing they would find the idea faulty.

But the idea that you ought to be able to do something unless the Constitution says you can't only follows if the Constitution is perfect in that it anticipates every possible thing anyone might ever possibly do.

I wonder if anyone with legitimate, mental fortitude really believes the Constitution is perfect?
But people surprise me all tha time.
Have a great, potentially godless, day!
Top
Post Reply
22 posts