Following many animal rights protests here in Australia over the weekend as well as worldwide over the last decade and longer a significant debate has been sparked in the media, in the social atmosphere, online and just about everywhere. The protest included a passive sit down in the middle of a busy city street for hours, activists chaining themselves to equipment in an abattoir to prevent use of the equipment and obstructing large trucks moving live chickens. Going to farms to film and photograph the establishments and their livestock.

I've seen quite a few responses to animal rights activism and I'll list a few here, do any of these arguments ring true, or false, for you, the reader?

Privacy should be respected for everyone, including farmers, nobody has the right to enter private property.

Farmers are already struggling in this country due to recent significant drought, flooding and bush fires, not to mention other challenges to running their business and the suicide rate has increased dramatically as a result. The added stress of dealing with this is literally killing people.

They sat down in a busy intersection for hours causing mayhem and massive traffic back ups, many people couldn't get to work and it even obstructed some emergency vehicles from getting to where they were needed.

The "activists" are only doing it for attention, it looks like most of them are wearing leather, the ones obstructing the trucks with livestock on may well have inadvertently killed those livestock by not allowing air circulation and keeping them from their destination where they can be fed and watered again. They don't care about animals.

More "leftist" nonsense with no respect for the economy, get a job you wan****!

Questions for debate, do animal rights activists and advocates have a valid point? Does the right to privacy trump animal rights? If farmers are going about their work illegally (breaching protection of animal laws), are these measures a reasonable response? What do you think of veganism and animal welfare?
Religion feels to me a little like a Nigerian Prince scam. The "offer" is illegitimate, the "request" is unreasonable and the source is dubious, in fact, Nigeria doesn't even have a royal family.
Top

Re: Veganism and animal rights

I think the problem is greater than just what you have focused on here Filthy.

We are informed that the climate is drastically changing and the outlook is rather grim for humanity and will get so bad that the inconveniences you mention will - in hindsight - be seen as the shallow thing they actually are.

I personally think that hemp is the best answer to humanities immediate problems - problems which humanity has created for itself.

I think that these protesters are - for the most part - reacting to the realness of the problem while those they are inconveniencing are not, preferring to go about business as usual.

I got this in my FB feed today; 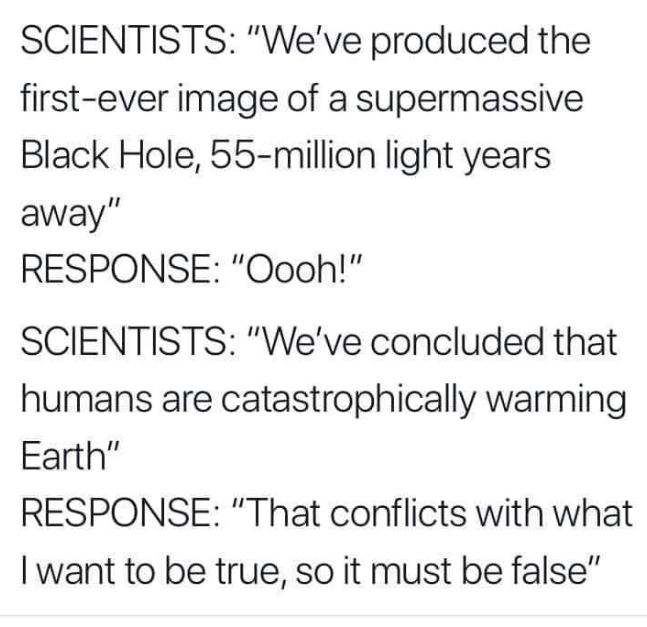 The principled utilitarian argument against exploiting animals is basically that notion of 'the greatest happiness of the greatest number' extends to all conscious things, not just humans. As Bentham himself put it 'The question is not, Can they reason?, nor Can they talk? but, Can they suffer?' And this is a reasonable enough position to adopt, in favour of good husbandry. However, I cannot help but notice that if the vegans and vegetarians had their way, far fewer farmed animals would be born, and most would have no opportunity for happiness or suffering either way, at all.

My own happy compromise is to eat mainly cuts of meat that might otherwise go for pet-food, or waste, such as heart, liver and kidneys, and mince, sausages, pate and so on.

I have never understood the response concerning a lower birthrate. Is a high birthrate supposed to be inherently moral? Why? Imaginary non-existent beings of any sort are not entitled to anything as far as I can tell and them continuing to be non-existent has no baring at all on what does actually exist. Ending the means of suffering and control of the sexual organs, and with it, the reproductive rate can only be good for any living being. If a group of humans were being treated this way, even if the reproductive rate of this group would lower if they were given their freedom could it ever even be considered that it would be bad?
Religion feels to me a little like a Nigerian Prince scam. The "offer" is illegitimate, the "request" is unreasonable and the source is dubious, in fact, Nigeria doesn't even have a royal family.
Top

Is a high birthrate supposed to be inherently moral? Why?

Well, I guess it matters if your concern is to optimise the happiness available within the ecological carrying capacity of the spaceship Earth.

If sexual assault makes organisms unhappy along with confinement and restriction of autonomy, having 50 billion beings live under these circumstances with a high birthrate surely maximises suffering, not happiness? But no, I don't believe more life existing has any relation to morality or baring on overall happiness. If human and other animals birthrate plummeted to a more natural level allowing much of the world to be rewilded, I would imagine that overall happiness would increase.
Religion feels to me a little like a Nigerian Prince scam. The "offer" is illegitimate, the "request" is unreasonable and the source is dubious, in fact, Nigeria doesn't even have a royal family.
Top

I don't remember ever advocating sexual assault, or confinement and restriction of autonomy.

Or perhaps you think the farming and the meat trades inevitably involve such undesirable outcomes?

Indeed I do, Animals are now artificially inseminated in virtually all cases. Which involves instruments and usually manual stimulation inside the vagina and anus. Which technically, considering animals cannot give consent, is rape but sexual assault removes the common connotation of penetration with another sexual organ, rather than just objects and fingers/arms. So for instance, all dairy cows are sexually assaulted by their handlers every two or so years so that they can continue to produce milk. Breeding chickens and pigs as well as beef cows are also sexually assaulted in order to birth more animals for the industry. Goats used for milk, deer, bison, even kangaroo suffer this fate on farms just to make getting their meat an easier process. Just every pregnancy which, considering there are upwards of 60-70 billion animals dying every year in the animal agriculture industry, is a lot of sexual assault.
Religion feels to me a little like a Nigerian Prince scam. The "offer" is illegitimate, the "request" is unreasonable and the source is dubious, in fact, Nigeria doesn't even have a royal family.
Top

Fair enough. If all farming were organic, I, too, would be a lot happier in a moral sense of the word. But, globally, we have 7.2 billion people to feed. If that can be done, free-range and organically, and it demonstrated possible to be done, that would be brilliant. Otherwise, we are talking the hunger, malnutrition, and starvation of many people. Mostly poor people. And artificial insemination of cows, sheep, pigs, etc, seems to me to be a small price to pay to avoid that outcome.

But I am generally sympathetic to the idea of vegetarianism (veganism is little extreme for my taste). I note that for every 10 calories of meat produced, 100 calories of grain must be consumed by the animal concerned. So why not just eat the grain?

Is that the cost though? Is that even something people have tried? Traditionally, widespread hunger, malnutrition and starvation are political consequences, not dietary. Most of human history meat has been somewhat rare, being consumed once every week or two, meat has always been expensive to produce, even before currency, it takes time to grow animals and protect them until they are ready to eat. Modern diets have brought our history with meat eating into absurdity and it shows, with cardio-vascular disease, cancer, diabetes, high blood pressure and cholesterol all extremely on the rise. Vegan diets require less food to be produced, and are incredibly healthy by comparison to their heavy meat eating counterparts. Perhaps lose the modern animal agriculture and bring it back to a far more simpler method that results in a lot less produce but overall a lot more food for everyone. Most vegans recognise that not everyone will adopt a vegan lifestyle but still push for change so that maybe people will at least cut down on how much meat and products they consume and perhaps pick better sources of those products.

If the phase weren't so destructive and so insulting to human concepts of the words moral, ethical, humane and freedom, perhaps it wouldn't be so important as to whether it were a "phase" or not. If Ted Bundy were just going through a "phase" does that change how necessary it was to address that "phase" and stop it?
Religion feels to me a little like a Nigerian Prince scam. The "offer" is illegitimate, the "request" is unreasonable and the source is dubious, in fact, Nigeria doesn't even have a royal family.
Top
Post Reply
23 posts