In any case it wasn't some rebellion against God as some theists may be likely to presume.

IF they call themselves "Christian" THEN it is safe to say that they will presume exactly that.


All of them or just Some?

Q: All of them or just Some?

This is a question which appears to have no answer which can be agreed to.

QFD: Does that make the question itself, rhetorical?

Rhetorical = Along the lines of - "a question asked in order to create a dramatic effect or to make a point rather than to get an answer."
Top

In that case, yes you are involved in a war. See my prior post which I was adding to, for more on that.

Some battles are friendly, but they are still battles.
Top

In that case, yes you are involved in a war.

Involved in a war, sure. There is an Adversary going around seeking to devour us, hoping batter us (the sifting process of wheat) enough that we are damaged, even destroyed, his accusation against man is that a man will give all he has to save his own skin, including to 'curse God and die'. He is also the father of lies and there are a lot of lies in this world, and in religions.

Paul describes the armor that we need and should put on (and why we need it). The sword is truth (and yes it is interesting that the word 'word' is in sword, considering verse 17 in the green text... though that could just be a coincidence that applies only in English, like devil has the word evil in it).

The phrase you use 'engaging in warfare' doesn't sit quite right to me. Something just seems off to me about that. Perhaps because it implies going out and looking for a fight, and not something that comes from love. Perhaps because you seem to have placed a negative connotation to it, as if a Christian is doing wrong (or going against Christ) by bearing witness to Him, and to His words, even knowing that may bring opposition? Or perhaps I simply misunderstand what you mean when you say 'engaging in warfare'. This is why I asked.

Some battles are friendly, but they are still battles.

Then there should not be an issue with wishing someone peace, even if on opposite sides of a debate, even in disagreement, right?

Does a Christian make a God? 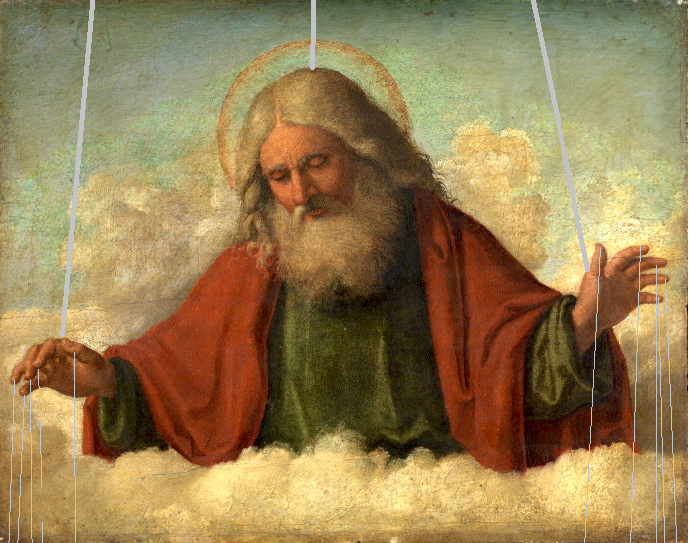 Or does a God make a Christian?
Top

In relation to the OPQ and question for debate, how does 'faith in Jesus' fit?

What does it mean to have 'faith in Jesus'?
Do all Christians have faith in Jesus, and if so, why are there so many separate and competing denominations of Christians?
Top


The god of Abraham stole the lives of innocent children


The god of Abraham killed thousands of people


The god of Abraham destroyed towns


Genesis 19:23-24
23 Lot was entering the town as the sun came up, 24 and the Lord began to destroy Sodom and Gomorrah. He caused fire and burning sulfur to fall from the sky

Of course you have no idea why God burned Sodom and Gomorrah, or why God killed the firstborn. God destroyed S/G because of their immorality, and the Egyptians had been killing first born Hebrew children to control their population, but that is OK to those who hate God.
Top

Grunt0311 wrote: ↑Fri Nov 26, 2021 11:19 am Of course you have no idea why God burned Sodom and Gomorrah, or why God killed the firstborn. God destroyed S/G because of their immorality, and the Egyptians had been killing first born Hebrew children to control their population, but that is OK to those who hate God.

You cannot steal what you own. Sentencing to death for breaking God’s law is not murder it is justice administered. God destroyed evil which isn’t the same as destroying because you hate God.
Top
Post Reply
81 posts