To discuss Islam topics and issues

The prophet’s mercy to animals, Even the bird found a place in his heart

The prophet’s heart would be shaken to its very foundations if he saw a distressed bird that lost its babies. A wounded animal, a hungry animal, a sick animal , insects burnt, water being polluted moved his heart, too, and stirred his compassion, yet on his shoulder he onus of imparting God’s message to the whole of the world. How great is such a prophet!

How miraculous is this prophet!

He is the message of heavens to the earth, the message of mercy, the exemplary to be followed. God says in the Holy Quran what means; “you have in the Messenger of Allah an excellent exemplar for him who hopes in Allah and the latter day and remembers Allah much. (21)

Prophet Muhammad called not to kill even a frog and he said, “Its croaking is tasbeeh (praising God).” Always with this litany was capped his words” Those who are not merciful will not find mercy( on the part of God).”

Such is his mercy that inspired his followers such as Um’ar ibn Al-Kahtab to the extent that he, too, was so worried if an animal was stumbled in the far east or west and feared that he would be held responsible for it before his Lord; he says” I fear that If an animal is stumbled in the far east or west that I will be held accountable before my Lord on the Day of Judgment.”

This is Mohammed, who rebuked the tyrannies of his times including emperors, notwithstanding he would be moved for a bird that lost its babies.

It is narrated that someone took two chicks of a bird (hamra), which came in panic searching for its chicks. Prophet Muhammad (Peace and blessings be upon him and his house) then asked, “Who has distressed it by taking its chicks?” Then he asked them to return the chicks.

Perhaps people lavish animals with their care because of their beauty unmindful of their being entities created by God, The case is different in Islam. The following Hadith lays credence to this fact. It is narrated that the prophet once passed by a burned out anthill. When the Prophet saw it he asked, “Who has burned it?” When he was informed of who had done it, he said, “Only the Lord of Fire has the right to punish with fire.” Is there any beauty in ants?!

His mercy was not only confined to caring about animals but it goes even more, Seeing a hungry animal would move his heart so much to the extent that he would go to its owner rebuking him for not feeding his animal.

Once the Prophet passed by a camel that was so emaciated its back was one with its abdomen. Upon that, the Prophet said, “Fear Allah with regard to livestock. Ride them in a fitting way and eat them when they are in good condition.”

slam improve my personality and behaviora

The Prophet Muhammad (peace be upon him) was a man loved by 2 billion Muslims worldwide. This is the man who taught us patience in the face of adversity and taught us to live in this world while keeping in mind the eternal life of the Hereafter. This is the Prophet Muhammad, whose behavior and high morality are examples for us, that God revealed the Qur'an. The whole life of Mohammed was an expression of the Qur'an. He understood this book to perfection, he loved all his life and founded on its precepts. He taught his followers to recite the Qur'an in its principles and love. When Muslims profess belief in one God, they also attest to their belief in Muhammad as a servant and final messenger of God.
When a Muslim hears the name of Mohammed, he asks God to send His blessings. The Prophet Muhammad was a human being like any other; but his love for humanity that distinguished him from others. We Muslims love the Prophet Muhammad; but it is his love for us that made him a man like no other


. He wanted to enter Heaven, yes, but he wanted too, with the same intensity for all of us. And he happened to cry, not for himself, but for his Ummah (the community) and for humanity. Was often heard to cry, saying: "O my God, my ummah, my ummah! »
Muslims believe in the same prophets as those mentioned in the Bible and the Torah, including Noah, Moses, Abraham and Jesus, and believe that every prophet was sent with the same message, ie to worship God totally exclusive . There is one difference between the other prophets and the Prophet Muhammad. Before Muhammad, the prophets were sent to private people in particular places. Mohammed, however, was sent to all mankind, with a final message to guide men to the end of time.

A Mercy for Slaves
The Prophet strongly enjoined the duty of kind and generous treatment upon slaves, servants and labourers engaged in manual work. Jaabir related the Apostle of Allaah as saying: "Feed them with the food which you eat, clothe them with such clothing as you wear, and do not cause trouble to Allaah's creatures." The Apostle is further stated to have said: "Those whom Allaah has made your dependents are your brothers, servants and helpmates. Anybody whose brother has been made subservient to him ought to feed him with the food he eats and clothe him with the clothes he wears; command him not to do that which he is unable to do and if it becomes necessary to do so then he should help him in doing the job."

(1) It is in Quran - The people of (Prophet) Musa (Alaihis Salam) made in his absence, out of their ornaments, the image of calf, (for worship): it seemed to low: did they not see that it could neither speak to them, nor show them the way? They took it for worship and they did wrong. (Al-Araf - 148).

(2) It is in Quran - We bestowed aforetime on Abraham (Alaihis Salaam) his righteousness of conduct, and well were We (Allah Ta'ala) acquainted with him. Behold! He (Abraham - Alaihis Salaam) said to his father (the brother of his father whom he used to call father out of affection) and his people, "What are these images, to which you are (so assiduously) devoted?" They said, "We found our fathers worshiping them." He said, "Indeed you have been in manifest error, you and your fathers." (Al-Anbiya - 51-54).

(3) It is in Quran - "They worked for him (Prophet Sulaiman - Alaihis Salaam) as he desired, (making) arches, images, basins as large as reservoirs, and (cooking) cauldrons fixed (in their places): "Work O' Sons of David (Alaihis Salaam) with thanks! but few of My servants are grateful!". (Saba - 13).

The first Quranic verse says that in the absence of Prophet Musa (Alaihis Salaam) some people made an image of a Calf for worship. This act on their part was wrong.

The second Quranic verse says that some people in Prophet Ibrahim's (Alaihis Salaam) time made some images and worshiped them. This act on their part was wrong.

The third Quranic verse says that some people worked as per the orders of Prophet Sulaiman (Alaihis Salaam) and made images. This act on their part was right. Why? Because these images were not meant for worship.

The above Quranic verses confirm the fact that the intention behind making images has to be virtuous. Images made with bad intention (for worship) are disallowed and images made out of good intention are allowed in Islam

Drawing animate beings such as people and animals is haraam, and is in fact a major sin.

Al-Nawawi (may Allaah have mercy on him) said in Sharh Saheeh Muslim: Our companions and other scholars said: Making images of animals is emphatically haraam and is a major sin, because this stern warning which is mentioned in the ahaadeeth is issued concerning it. That applies whether he makes it to be used in ways that are not respectful or otherwise. Making it is haraam in all cases, because it is competing with the creation of Allaah. That applies whether the image is in a garment or a carpet or a dirham or a dinar or a penny or a vessel or a wall or anything else. As for making images of trees, camel saddles and other things in which there are no images of animals, that is not haraam. End quote.

It says in Fataawa al-Lajnah al-Daa’imah (1/479): What makes images forbidden is the fact that they are images of animate beings, whether they are sculptures, or drawings on walls or fabric or paper, or they are woven, and whether they are done with a quill, a pen, or a machine, and whether they represent something real or something imaginary, whether they are small or large, beautified or distorted, or drawn in the form of lines representing a skeleton. What makes them forbidden is that fact that they depict animate beings, even if they are imaginary like pictures of ancient people, Pharaohs, or leaders and soldiers of the Crusades, or like the pictures of ‘Eesa (Jesus) and Maryam (Mary) that are kept in churches, etc., because of the general meaning of the texts, and because that is competing with the creation of Allaah, and because it is a means that leads to shirk.

PEACE TV -THE EVIDENCE THAT MUHAMMAD (PEACE BE UPON HIM ) IS A PROPHET OF GOD BY DR. LAURENCE BROWN 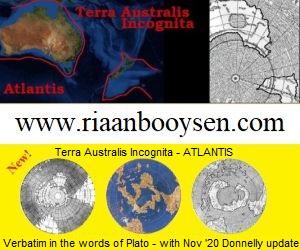