"It’s no surprise that younger people in the U.S. are less religious than their parents’ generation. But a new study released today by the Pew Research Center shows precisely how influential parents are when it comes to their kids’ religious views.

Here’s the bottom line: Kids share their parents’ views on religion. That’s especially true of evangelicals and non-religious parents, less so for Mainline Protestants and Catholics. But when there’s any kind of break, those kids run the hell away from organized religion. 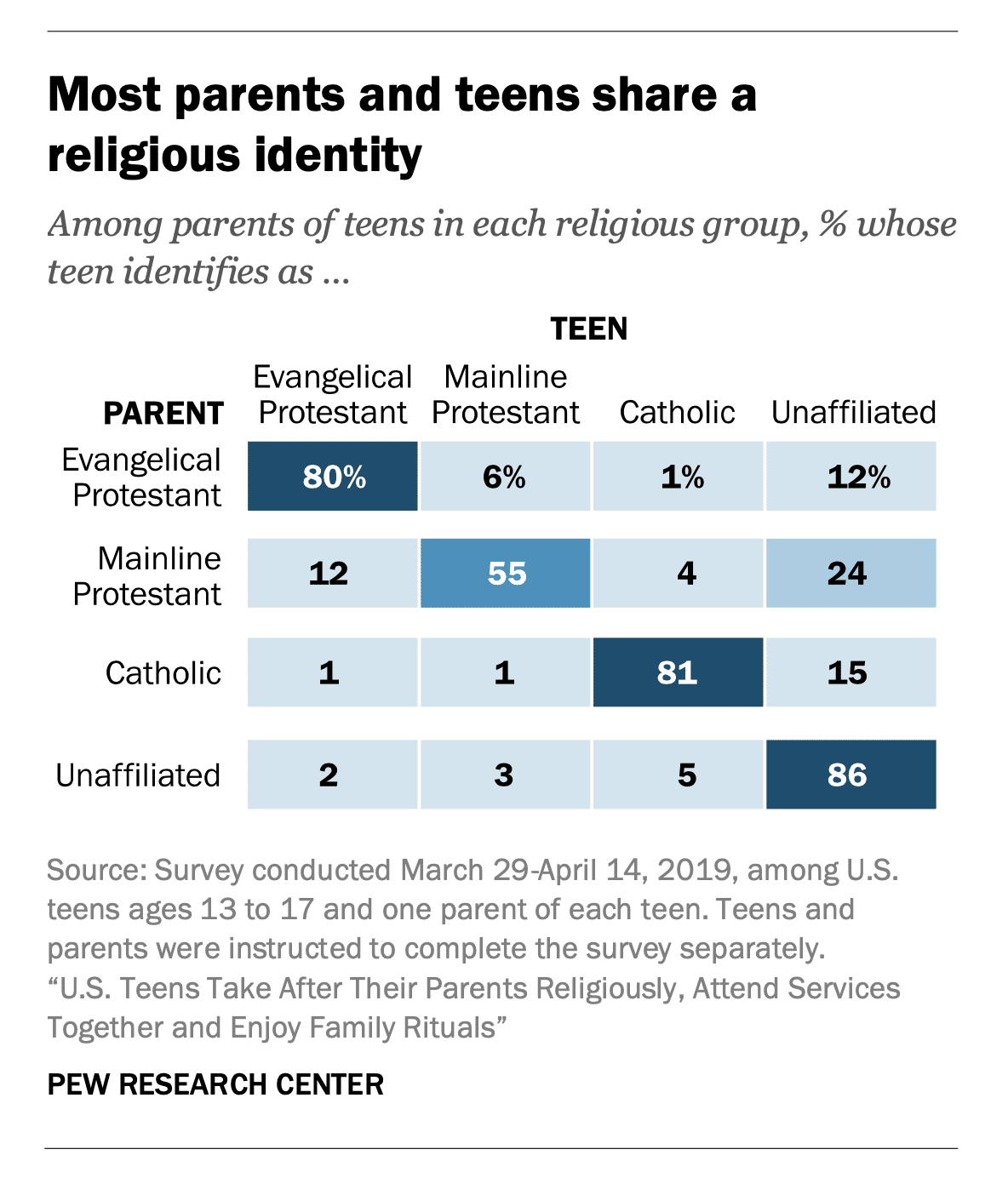 Look at that line for Catholics! When kids leave Catholicism, they don’t just become some other kind of Christian. They leave religion for good. Among Mainline Protestants in general, some kids who leave their parents’ church become evangelicals, but many more leave Christianity altogether.

Keep in mind the teens in this study are 13-17. This is what they’re saying when they’re still living with their parents. The move away from organized religion will only get faster as they gain more independence. "
source

Note that of the four categories, Main Line Protestants have the loosest grip on their kids while the Unaffiliated have the greatest grip.

Re: "Survey: Parents Influence Their Teens’ Religious Views But It Won’t Last Forever"

Moved to General Chat. Please review the Rules and Tips on starting a debate topic.

Re: "Survey: Parents Influence Their Teens’ Religious Views But It Won’t Last Forever"


But when there’s any kind of break, those kids run the hell away from organized religion.

As we all should

Not really, as some religion does do good for people. But the point that some seem to think you have to have religion to do good, and that just because a religion does good now doesn't mean they don't also do bad (and or were terrible in the past) seems lost on some.
Have a great, potentially godless, day!
Top
Post Reply
3 posts • Page 1 of 1