The God of The Bible and Dungeons and Dragons

The God of The Bible and Dungeons and Dragons

Recently I have been receiving offers on my FB feed to do with D&D... 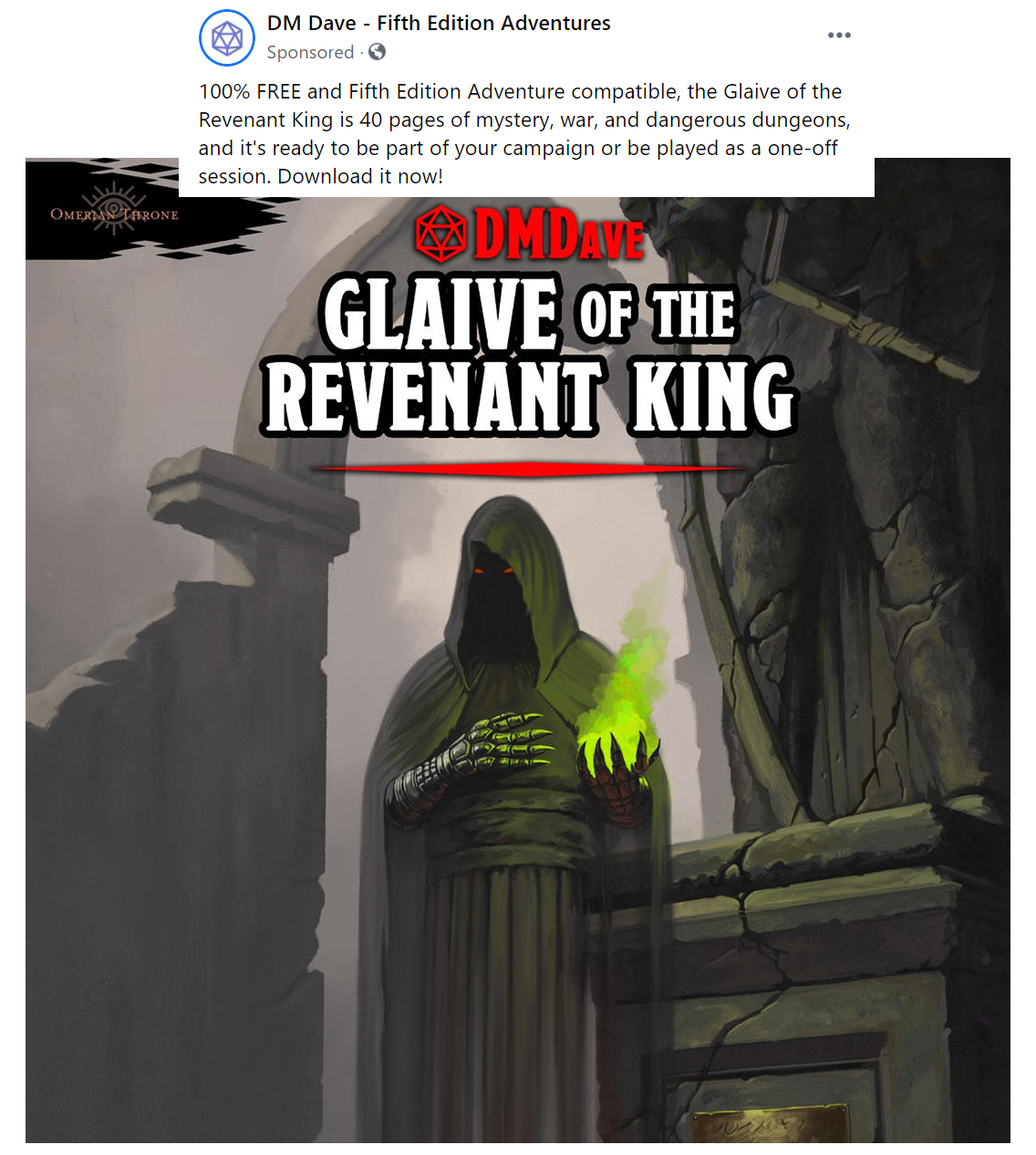 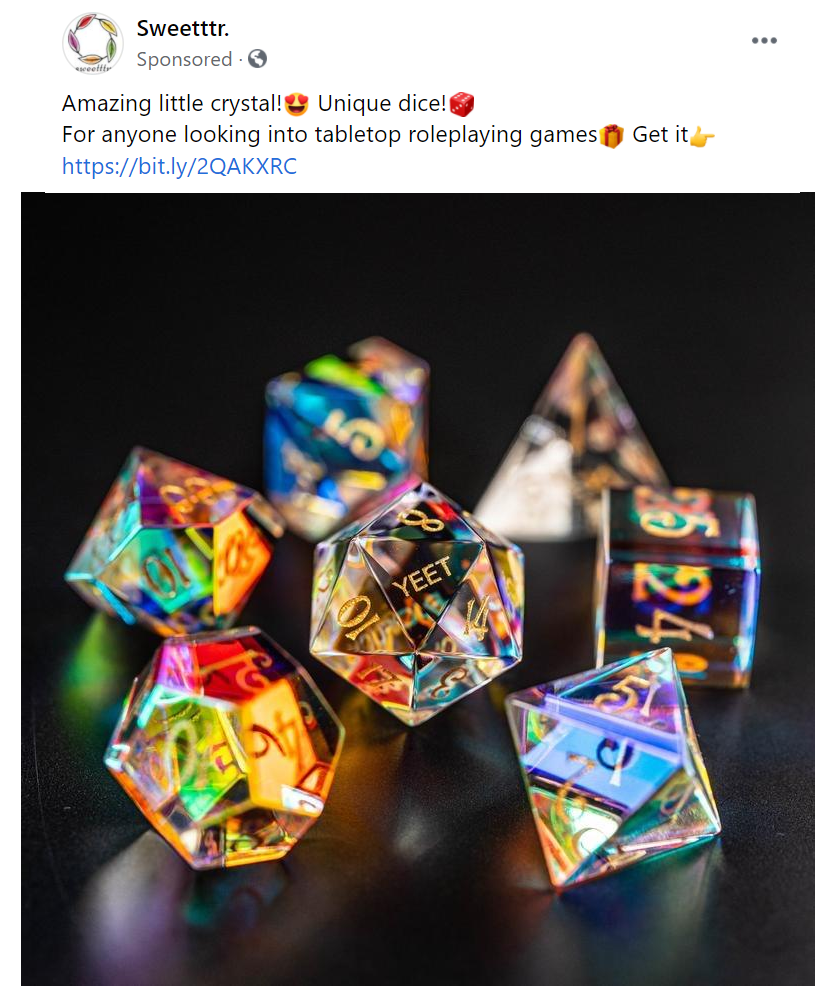 Now I do not know what I did to trigger these offers as I have made no mention of my interest in seeing the world as a complex roll-playing game on FB, but whatever triggered these offers has reminded me of a time very many years ago when I first learned to play D&D and therein began to understand how life on earth had similar relationship to roll-playing and character building.

In relation to "God" as presented through the Christian religion, there appear to be similarities between His position and that of the Dungeon Master in D&D where by, there are certain types of character to choose from that the player can become and certain attributes each character can have, weaknesses and strengths.

The DM sets the game environment and sets quests for the players to go through to reach objectives.

The players cannot step out of character, so in that they are somewhat tied to the whims of the DM, who can make it very difficult for a player's character to survive the quest.

This could be very annoying for a player who can see clearly that a certain decision made in a certain circumstance would contribute to the chances of the character not surviving the quest, and thus the player would not make such a choice, but because the player has to stay true to the characters overall character, the player is forced to make his character make a stupid choice.

The upside is that the DM might not have the last laugh, because the dice determine the result of said choice the character has made, and so there is a chance that even if the choice was stupid, the dice make the result favorable for the character, and then in turn the character gets 'experience points' and develops in wisdom etc...when the dice do this, the DM has to explain why and how the character managed to survive a seemingly stupid choice...
Top

Re: The God of The Bible and Dungeons and Dragons

I decided to try out the free offer and subscribe to a game... 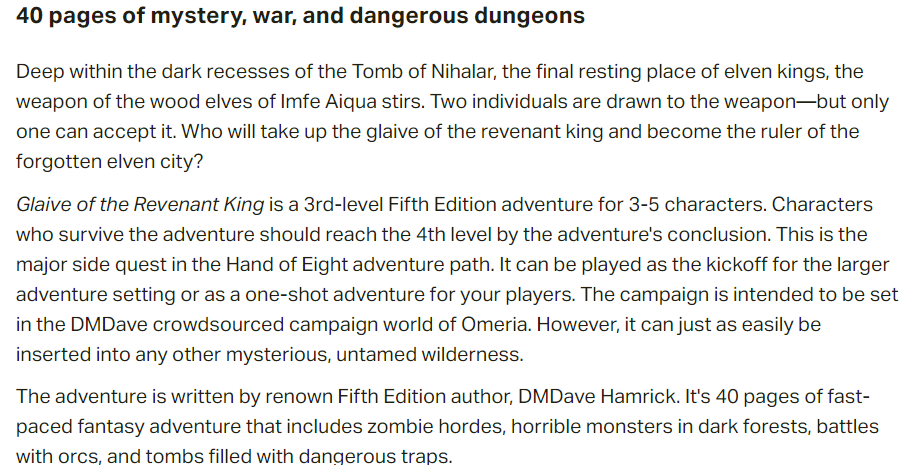 A classic dungeon romp in the vein of 1st and 2nd edition classics
Glaive of the Revenant King pays tribute to the classic dungeons of 1st and 2nd edition (ie, certain "tombs" known for "annihilating" characters) filled with traps, dangers, and other hazards that make characters use their brains instead of brawn.The final dungeon was expertly crafted by renown cartographer, Miska Fredman, one of the hardest working and talented cartographers in the business.

Prepare for war with new, easy-to-run mass combat rules!
Could you imagine running a battle that involves 150 creatures on one side and 30+ on the other? Glaive of the Revenant King introduces simple-to-run mass combat rules to make sure that one of the biggest moments of the adventure goes smoothly. Plus, the Camp Hummingbird battle map designed by Forgotten Adventures is a visual treat that adds to the epicness of the combat. Forgotten Adventures creates digital assets and tabletop battle mats to bring your adventures to life.

Having downloaded the pdf which is essentially the storyline fleshed out, I remember why I do not get into these type roll-playing games because it is about warfare and monsters ["evil"] against humanoids ["good"] and I am more into sitting by The Campfire and sipping brews and smoking herb and entertaining strangers in discussing deep and meaningful things together.

In relation to Christianity, it is clearly a roll-playing game where the participant characters indulge in a similar quest, fighting a war "not of flesh and blood" but "against principalities and powers" which are of the "spirit realm". Ephesians 6:12
Top
Post Reply
2 posts • Page 1 of 1