Remember to role play. Make an effort to bring the situation alive in ones imagination when making posts.
Stay True to the Story-line developing.
131219 Addition to this rule: If you do not stay true to the story-line, and because of this, the story-line goes in a way you decide later it shouldn't have gone, there will be no recourse for editing and you will just have to accept the way the story-line developed.
Never interfere with another Players Character, in order to physically control said Character within the Role-Play story-line.
Do not post anything in this thread without first joining the Group.
Enjoy Yourself. 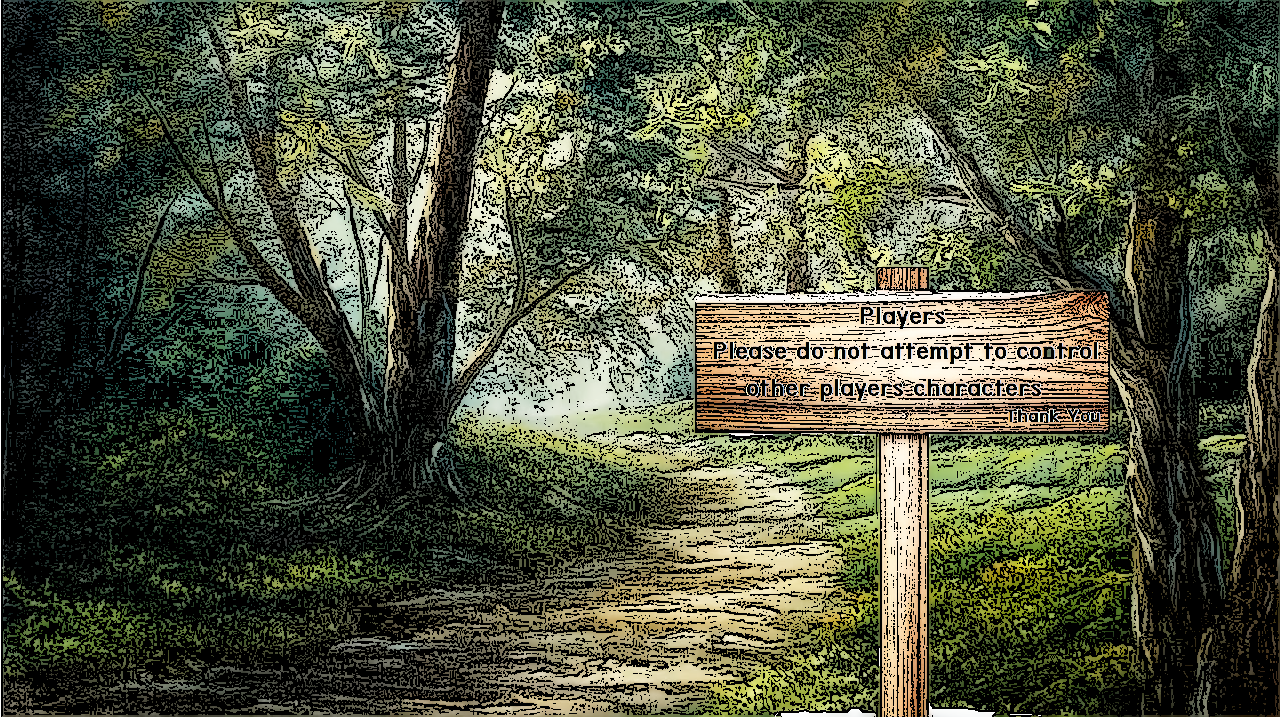 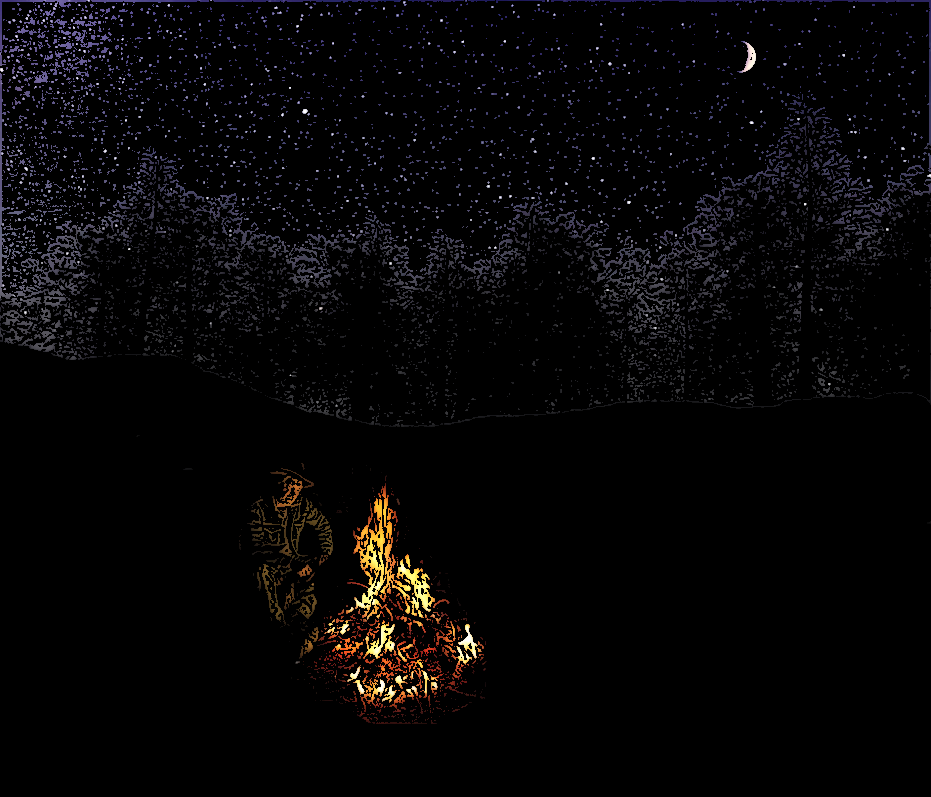 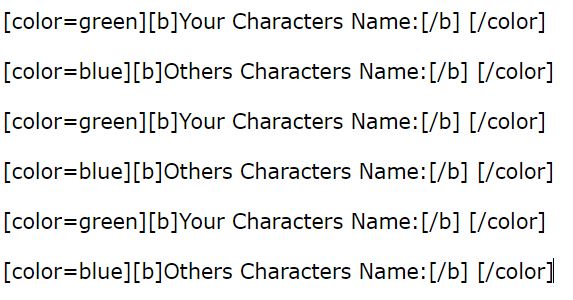