My messenger signals I have incoming news from Wiremu. It is good to hear his voice again...

Wiremu: I wonder why folk have to argue and cannot get along and just see how we all need to work together to make this planet wholesome?"

I Poke at the fire with my staff

Manu Iti: I am here to hear. Humans are like sparks from a fire, reaching for the heavenly ones. They require some kind of poke to get activated..

A wolf howls in the distance

Wiremu: We are all here experiencing this planet in this universe. Yet for reasons not entirely clear, we are distracted by our arguments. Hindered by them, even to the death.

I place another branch on the fire.

Wiremu: Perhaps the fear of our situation would be too much to bear if we learned how to focus upon it, and so we distract ourselves...I have had another strange encounter with Callum's creator...we have fallen out as it were and he has messaged me to say that it greatly surprised him that we have a broken relationship.

Manu Iti: How do you view your relationship with Callum's creator?

Wiremu: I do not see that it is a relationship or ever has been one. Not because of anything in particular but because our interaction never developed into something I would refer to as a 'relationship'...

Manu Iti: Perhaps that is because you view Friendship as the ultimate form of Relationship?

Wiremu: Yes. But our relationship has never been that, so didn't "break".

Manu Iti: It has always been "broken?"

Wiremu: In the sense that it has never developed into a Friendship, so is not even regarded by me to being a relationship.

Manu Iti: An acquaintance and nothing more than that.

Wiremu: Correct. And in that, nothing in which to feel greatly surprised or astonished about when disagreement which is not fixable happens.

Manu Iti: Yet he reaches out to try and mend things?

Wiremu: Apparently. But there is nothing to mend as nothing was broken. The relationship has never been a Friendship.

Manu Iti: So in that sense, non-Friendship is a broken thing to begin with?

Wiremu: Not if it wasn't a Friendship to begin with. If it was a Friendship, then yes - it would be broken and thus could require fixing.

Manu Iti: So perhaps Callum's creator thinks you were once Friends with him then, and that is why he reaches out to 'fix the Friendship" he thinks once existed and is now broken?

Wiremu: Perhaps...I invited him to The Campfire by sending him this picture...and he replied that I need to translate the image into words for him to understand me.


I view the picture Wiremu sends. The moons brightness dissipates as a cloud passes in front of it... 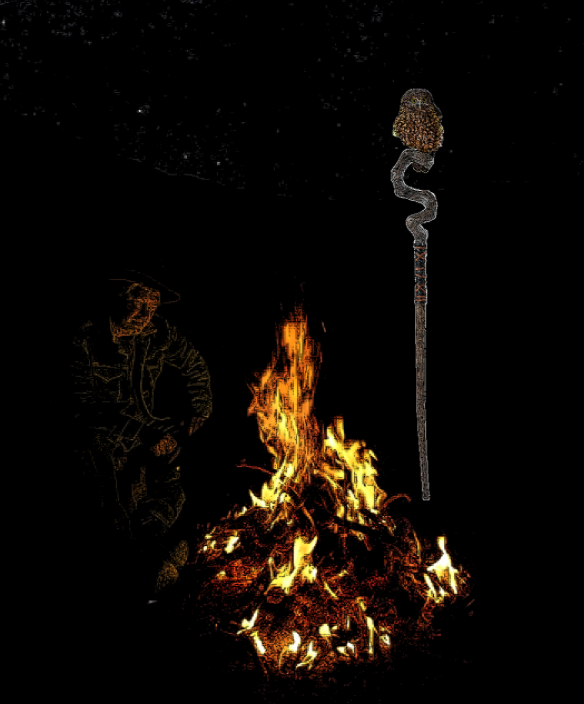 Manu Iti: It appears from what you tell me, that he does not understand you, yet thinks that you and he are Friends...if you were, then he would have immediately understood your invitation, because he would know you.

If he does turn up, I will attempt to explain to him your idea of Friendship
Congrats on your marriage to Lindy by the way!

Wiremu: Thank you! Now there is a real Friendship!
Top

Re: Relationships - how are they built?

Jason: Fare well. Thanks for the link.
Top
Locked
91 posts