A System of Parity

A System of Parity

If you read what I have to say on this forum you would have noticed that I often refer to the overall problem of this world as being its 'Systems of Disparity'.

I have seen this Putting Our Heads Together forum and thought that at some time I would like to use it to expand on my ideas regarding the systems humanity have been using for - perhaps thousands of years - and why I see these systems as the main problem facing humanity and what I think would need to be done in order to change from the old ways to something more aligned with serving humanity in order to bring us from a level zero species to a level one species.

In relation to that, What I would like you to do is watch this youtube video[5:21] by 'Japanese American theoretical physicist, futurist, and popularizer of science.' Michio Kaku in relation to the 'types' of civilizations which are attainable in regard to this universe.

Specific to the focus, the types of civilization I want to engage you in conversation about in relation to this, are Types 0 and 1 civilizations - type one is explained @ [0:28] and type 0 @ [2:00].

Based on the opinion the video content speaks of, we are and always have been a Type Zero Species, which is to say we get by fairly much by surviving as best we can with what we have and this type of lifestyle has basically not changed until fairly recently with the advance in scientific discovery and engineering, although both processes still contribute at present to maintaining the Type Zero Species as status quo.

The habits of thousands of years have basically shaped the way we currently think and thus organize ourselves as communities, and in order to seriously make an attempt at becoming a type one species we will have to radically sort out what aspects of those habits are helping and which ones are hindering.

The common denominator which can be observed in all types of social organization, be they socialism, communism, capitalism, dictatorships, etc et al is that they all share the same structure in relation to disparity. All these systems of social order operate on the principles of disparity - some more than others, but that in itself is besides the point. All have some 'leaven in the bread' as it were, in relation to disparity.

Simply put, where there are 'haves' and 'have-nots' in any social system, that is a system which operates under the regulations of disparity.

I think that as long as this is the case, we will not - at least collectively - attain level one as a species.

In that case, what would be required is to somehow dismantle all such present systems of disparity and replace these with a system of parity.

I think that the way to help that process is for human beings to be considered as having the natural right to food, clothing, shelter and health provided to them simply because they are born into this world.

This of course is a radical shift from the way things are presently done, where humans are not granted that right and have to earn it from the go-get, due to the present systems and in relation to this, (A) most are born into unfortunate circumstance and most of those remain in those situations for their entire lives.
(B) Some are born into more advantageous situations but it can go either way for them in that regard, and for the very few, (C) they are born into ideal situations where the threat of losing that is non existent.

Those in group (A) are everyone from the destitute, starving of the 3rd world right through to the poor in the first world.

Those in group (B) are what the poor in the 1st world consider to being rich. They range from those with steady jobs and income, paying off mortgages and getting their kids through to university up to those who own lots of property outright, have a lot of money which works for them, lots of leisure time and large banks accounts.

Those in group (C) are they who live in their own secure micro-Utopias where money is no object and where anything possible one wants to do can be done.


Altogether A B and C represent disparity and are made that way through the systems of disparity.

That is the basics. The question is, how would these systems have to change in order for a true system of parity and attaining level one status as a species in a collective manner thus be made achievable?

Not only that, but how to do so with the least amount of disruption to the present systems?

Of course I have some ideas regarding those questions, which I would like to share in subsequent posts. For now I will leave the OP as it is and hopefully some feedback will be forthcoming. 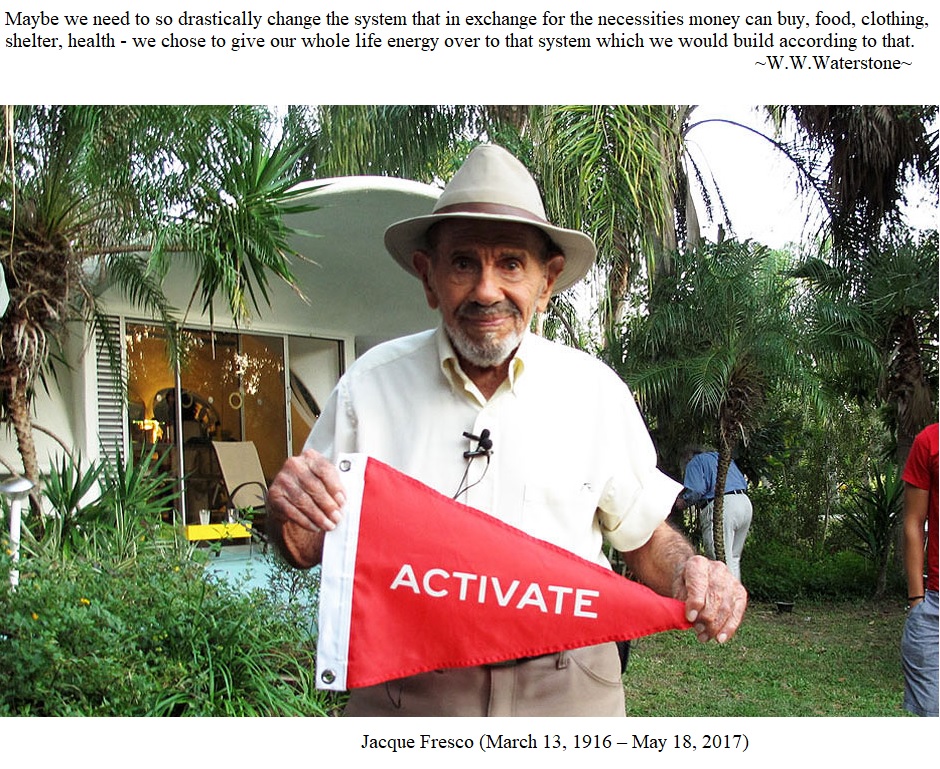 Return to “Putting Our Heads Together”